Well, it’s been quite a while since I’ve done a book update, hasn’t it?

The subtitle of this post should be: Austin Kleon was right.

He was doubly right. There are two specific things mentioned in Show Your Work which I crashed into in the past six months.

The first was the dark night of the soul, a concept he got from the novelist Maureen McHugh. 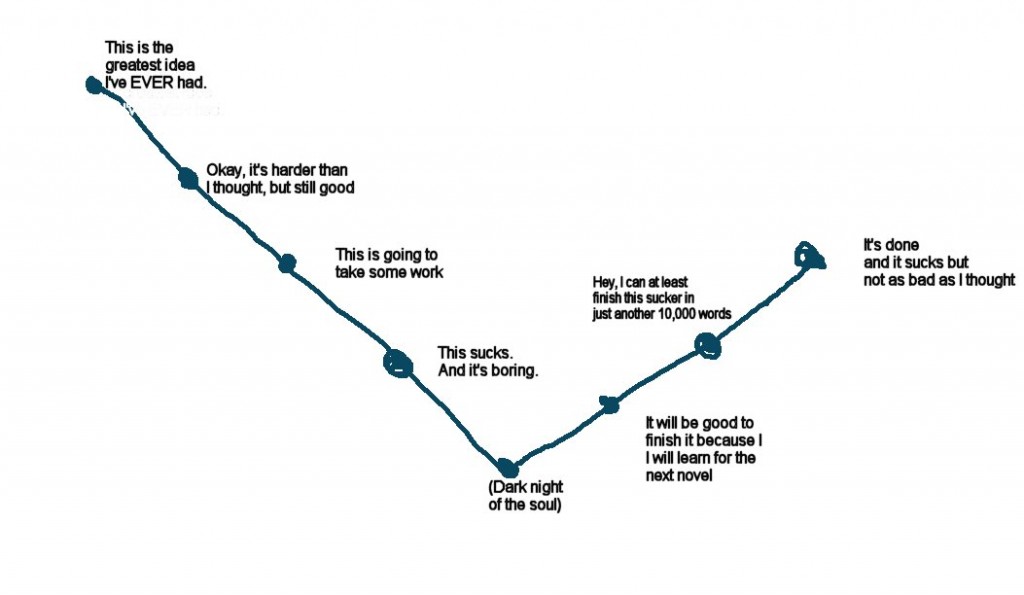 In my last update, I laid out a cursory outline for the book. It’s a bit embarrassing, but simply sketching the outline gave me far more confidence than it should have. I looked at it and thought to myself, “this will be easy! I could write this book in my sleep! After all, I write lengthy posts all the time, sometimes needing only a couple of hours to do so.”

In other words, I thought I’d have this “dark night of the soul” stuff licked. Maybe normal authors struggle with that, but I, clearly some sort of super-author, won’t have to worry.

It did not take long for that soaring hubris to be brought crashing back down to Earth.

Let me emphasize this in public, less because I think other people are unaware than because I clearly need to admit it to myself in a place where people can see the confession—writing a book is hard. The outline, if anything, made the whole process harder. As I sat to write a section, I felt like I was caging myself in with the structure of the outline. The creative spark was completely killed, and I had to really work at writing in a way that I am not used to.

It was not for nothing—I got out a few decent draft chapters, and integrated some previous writing in a way that I think will work well.

But it didn’t take long for me to hit a wall. As of a couple of months ago, my progress was crawling.

Which brings me to the second thing from Austin’s corpus (I actually can’t remember now whether it was in Show Your Work or Steal Like an Artist) that came through for me: the power of writing with an actual pen (or pencil) and paper. This one I really scoffed at to begin with. I’m a child of the PC revolution! I grew up with word processors! Who needs paper?

Well, we took a trip to Scotland in August. Including travel time, we were gone for about 10 days. I bought a notebook and brought it with me, and wrote during much of our downtime. When we returned, I brought the notebook with me on my commute, a time I usually reserve for reading. I decided I wouldn’t read during my commute until I’d filled the notebook up with material I could potentially use in my book.

This was extremely helpful, and I made a lot of progress. It wasn’t exactly linear, however.

The whole point of this was to give myself the freedom to just write, even if it ended up being irrelevant. And to begin with, I wrote a lot of stuff I couldn’t use. It’s possible some of it can be adapted, but a lot of it will just have to be thrown away (though I’ve already turned some if it into posts at Sweet Talk).

Moreover, almost from the start I began to rethink the structure of the book, and even its central idea. I started drifting far, far away from where I had planned to be. 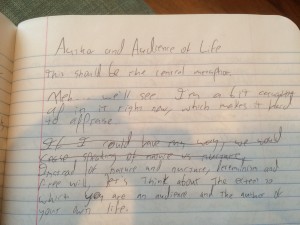 At certain points I seriously considered going with an entirely different angle on the whole thing.

Thankfully, sanity prevailed. And I think it was healthy to explore other possibilities.

In the end, I did decide to revise my initial plan for the book, but nothing too radical. Rather than simply having seven section on the virtues, I’m going to have two sections:

The idea of Part 2 is to show how an understanding of the virtues can enrich our understanding of business. It is also to show how business and commerce can and are noble activities, and there is dignity in participating in them. Making this second case means acknowledging the many ways people in business and commerce also fall into vice. I was interested to see Joseph Heath talking about industry specific patterns of criminality, because in the book I discuss how companies and whole industries have a character of their own, just as individuals do. But of course, Heath doesn’t believe that individuals do.

I finished filling in the notebook a couple of weeks ago. There’s a lot of work left to be done, but I’m happy with how this has turned out. The next step will be to type it all up. Then, I’ll have to make a judgment call. Do I have enough to simply edit, organize, and perhaps supplement a bit, to create a viable first draft? Or should I get myself another notebook and get to producing more material with an eye to quantity?

I’m giving myself a little break before I get to typing it all up, but I expect I’ll do it sometime this month. We’ll see how it plays out from there!

All in all, I’m feeling pretty positive about the whole project at the moment. At least, better than I was feeling before I caved and got the notebook! 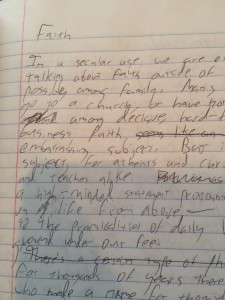 This is not book related, but it does impact my timeline, so I thought I should mention it.

Earlier this year I decided I wanted to do what it took to move into a career in data science. I have an education in statistics, but have never practiced it, so those skills (such as they ever were) have atrophied. But I figured I could relearn, and if my current employer was open to it, I could start putting what I learned to use, and thus developing those skills with real experience.

I asked for advice from our (now former, as he has left to travel the world with his wife for a year) head of data science, and he gave me some very valuable advice. First and foremost: learning Python. Then brushing up on statistics and matrix algebra. After that, if I wanted to get really deep into it, I should take a course on machine learning. Also, it couldn’t hurt to take a basic intro to computer science course that focuses on Java or C, because learning those makes it easier to learn other languages later.

So I started on Python. At first I attempted Data Science from Scratch, which is all done in Python. But though it said you didn’t need much in the way of programming experience, I found that it wasn’t really working for me. So I’ve been doing Learn Python the Hard Way instead, and it’s been extremely helpful.

Why do I bring this up? Well, obviously, time I spend investing in becoming a data scientist is time I’m not working on the book. And then there’s the small matter of having a full time job and also wanting to have something like a life! I worked on Python the Hard Way for a few weekends, meaning I did basically no writing those weekends. But it was hard to get into a good learning routine just on the weekends. Trips, and visits, and special occasions disrupted whatever routine I had managed.

Now, I’ve got a good routine going, thanks to my boss, who lets me work on learning Python during the last hour or so of my day if I don’t have anything pressing. Between that, and writing during my commute, it has felt like I’ve struck a good balance between these projects.

But I’m not naive—there are only so many hours in the day. Working on becoming a data scientist will inevitably slow down my progress on the book. It already has, to an extent.

But I’m determined to do both. We’ll see how it goes once I’ve moved out of the notebook phase of the book—that is, when I can no longer really work on it during my commute. I’m not sure I’m there yet, as I said above. But I’m going to write this book, even if it takes me another two years. I’d prefer it to take no more than one—but I’ve had my butt kicked by trying to do too much too soon on this book once already, so I’m trying to be realistic.

However long it takes though, I’m committed to it. This new routine with work is very fresh, and I’ve only just filled in my notebook. In a month or two I’ll check back in and we’ll see where I am. Hopefully making tons of progress on both ends! But we’ll see.

As always, thanks for taking an interest in this little project of mine.