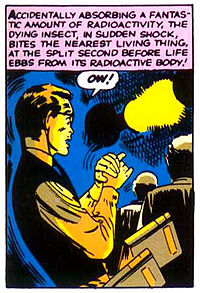 The eldest of the superhero icons, Superman and Batman, are badasses through and through. Superman was born stronger and faster than is humanly possible, along with having the ability to fly (among other things). Batman has no powers, but is well-rounded in his mortal badassness—not only is he fit and strong and capable of kicking your ass with ten different types of martial arts, but he’s also smart and mega-rich.

Spiderman came later than these two, and he is emblematic of a different sort of hero. Peter Parker was scrawny, a nerd, and—let’s be honest—something of a loser. How did he gain his powers? He was hanging around some boring science demonstration and pretty much got bit by it. Peter Parker was a wimp, but his powers turned him into a badass. 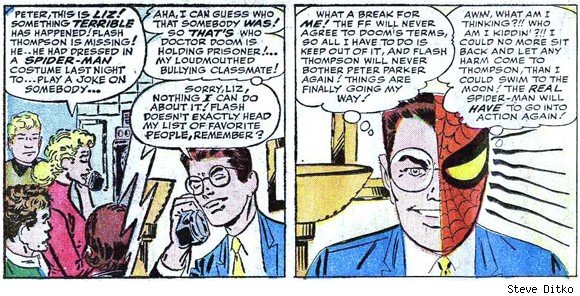 Spiderman was my hero of choice growing up. It was the 90’s, and comics in general and Marvel in particular were going through a weird time. But Spiderman nevertheless remained true to Stan Lee’s original vision of a superhero that had a lot of problems. Most of them were boring, normal human problems.

Perhaps it is because I grew up on Spiderman, but I am a huge sucker for the wimp to badass genre. After my consumption of Spiderman and American (non-web) comics in general fell, my main source for these stories has been Japanese manga and Korean manhwa.

Manga has a specific genre called shounen that is targeted to teenage boys that is rife with wimp to badass stories. The most emblematic is probably Naruto, current king of the manga mountain, about a ninja who has no skills at all but manages to achieve greatness through hard work.

As my teenage years are now nearly ten years behind me, it’s a bit embarrassing how addicted I can get to this formula in these settings. My current obsession is a manhwa series called The Breaker that comes out every Friday. Come Friday morning, I am eager to wake up so I can read the next 18 or so pages of Shioon Lee’s adventures. I sometimes get so impatient waiting for the next installment that I go back and reread a few hundred pages of the earlier parts!

By far my favorite work in this genre is the manga Holyland. Holyland has a great deal to recommend it: it doesn’t use super powers to spice up the fights, the artist actually knows a great deal about boxing and martial arts and the human body, and the female characters are actually proportioned like human beings, rather than some teenage boy’s deranged idea of a sexpot.

But the real draw is the main character, Kamishiro Yuu. Yuu is not like Spiderman. He doesn’t crack jokes, and his rise isn’t what you’d call a feel good story—though it has an excellent resolution. Bullied and marginalized socially, Yuu becomes stronger purely to overcome the feeling he has of being utterly pathetic. Once he is strong, the resentment he felt from being made to feel like garbage does not simply go away. 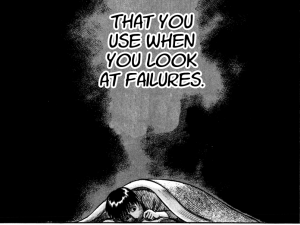 Mori Koji (the artist) introduces this darker element quite slowly and tactfully. At first it truly appears that Yuu is just an innocent bystandard who is defending himself from people who underestimate him. As the story progresses, however, it becomes clear that he takes a dark enjoyment in beating the shit out of people. The manga follows his character as he grows stronger, discovers this side of himself, is terrified by it, and fights against being consumed by it entirely. At the same time, the character is genuinely likable, as are the friends he makes along the way who help him resist falling into violence entirely.

I am not ashamed to say that I find it to be a masterpiece in the wimp to badass genre, and anyone who enjoys stories along this line owes it to themselves to give it a read.

I have to say, as I get older I really wish that there were more stories in this genre that were set somewhere other than a High School. Even Spiderman started out there! But perhaps there’s something inherently juvenile about wanting to see scrawny nerds go around beating people up.

If so, my content consumption would seem to imply…a rather juvenile tendency in my tastes.

Oh well. If growing up means giving up my wimp to badass stories, then I don’t want to grow up.